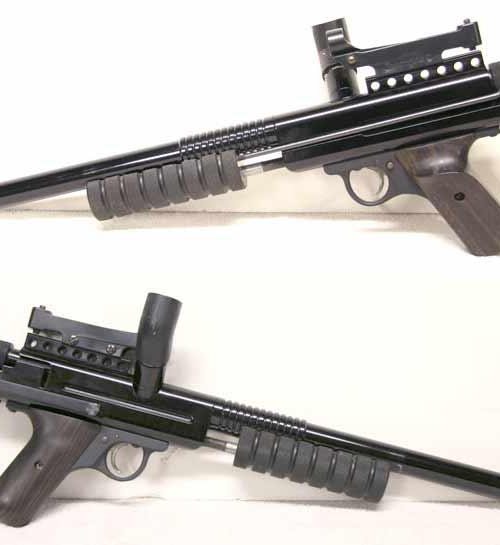 The Cal Ordnance Mercenary is an Aluminum body kit for sheridans built mid 1989.
You would remove your sheridan’s guts and put them inside the Mercenary kit.
The kit is similar to a WGP Sniper but truer to sheridan style function in that the lug pulls the hammer inside the body rather than using a back block.

Around ten years ago I found a ten year old post (from 1992!) about asa problems with a Mercenary. I emailed the poster and a few weeks later I had an almost new Mercenary.

I think the problem ended up being the co2 tank that came with it…
Since then I have probably seen 5-8 or so Mercenaries pop up for sale. With only a couple having the original front sight.

A Cal Ordnance Logo scanned off of some paper work that was included with my custom sheridan based Mercenary pump.
Read more

A Cal Ordnance Mercenary Front Sight and top sight rail that I purchased off ebay many years ago. Still new!
Read more