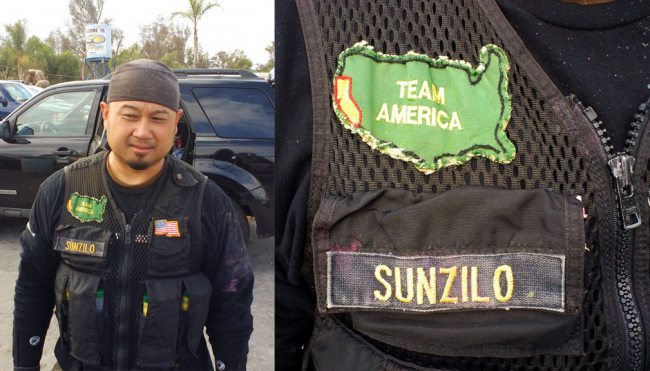 Here is a picture from a walk on game we played on November 18th 2012 of Sonny Phommarine wearing his old Team America vest.  The vest picture is a little over exposed but still too awesome to not post!

Most players worked/refereed at SCV or worked for Bud.  They were one of the first WGP sponsored teams with many members building those own guns at WGP while working there.

According to Sonny, Team America members would stamp Team America on their snipers, anyone have one of these pumps?

A few Team America players Wes Wong, John Rohem, Mark Thompson and I’m sure Sonny can give us a list of many more.

A look at one of the green rental versions of the engraved Bud Orr Signature Series Autocockers used at SC Village around 1994/95.
Read more

Pump UWL Practice with The Foot Clan at SC...

Andre and I played some UWL pump practice games on saturday January 7th at SC Village with The Foot Clan.
Read more