Home Fields Patrick Lee and his Palmer's Tornado in Canada

Patrick Lee and his Palmer’s Tornado in Canada

Still working on the Tornado video.  The final revision (hopefully) is uploading now and will be live tomorrow.

I purchased this Palmer’s Pursuit Shop Tornado in 2007 from Patrick Lee, who worked at Edmonton Survival Games in Edmonton, Alberta, Canada and played on the local team, the Splat Aces. 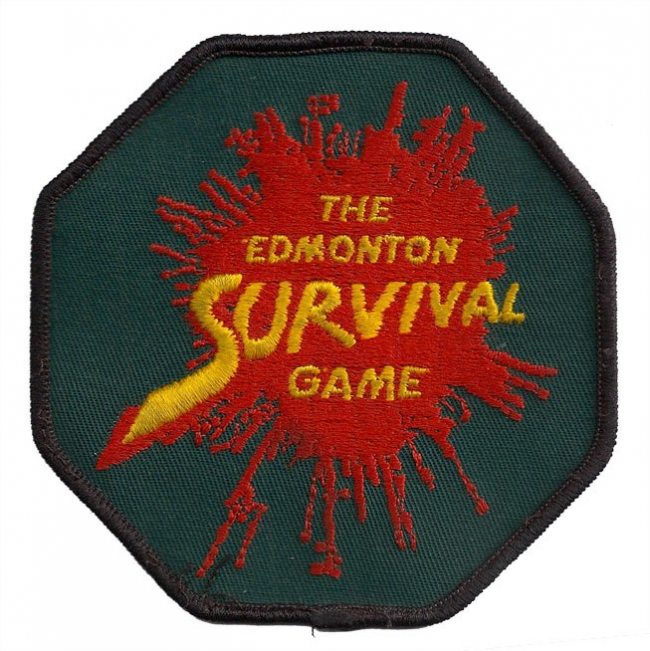 Patrick wrote me the following about the Ghost based Tornado in September of last year.

“I used it in mostly fun games / big games in Edmonton, Red Deer, and Calgary and a few small tournaments. It had a tendency to freeze up when used heavy so I did not use it in important games.

I traded my PMI3 for the ghost and sent it down to Glenn Palmer for the conversion. I managed to buy several spare parts so I was able to convert it back and forth from semi to pump. Back when we had Nelson paintballs it was leathal!

Unique Outdoor supplies used to carry the Palmer and Carter custom markers, and was owned by Darren and Joe Stannard.

They also owned and operated [Edmonton Survival Game] paintball where I was the resident air smith.”

Here is the second half of Patrick’s email:

Paul Schreck and I found this patch at Earon Carter’s shop when we were digging around.

Joe Survival began in 1983/1984, by Glenn Logie from Canada, and developed 50 caliber as an interesting off shoot of the popular 68 caliber.
Read more

A neat ABS and PVC Silencer that was made for the .62 caliber Pursuit Supplies International Stinger pump paintball marker and imported from Canada.
Read more

Opening of Paintball Connection in 1989

A scan from December 1989 on the opening of Paintball Connection and several NW/Carter framed Ghost from later 1988 to 1989.
Read more

A breakdown of Lapco Stock Ghost number 32 which was originally owned by Colin Thompson's fellow employee of Mr. Paintball in Escondido.
Read more

Various Lapco Flutted Hammers for Nelsons in Brass and...

A collection of Lapco Flutted hammers for nelson based pumps in brass and stainless.
Read more

A look at a Kapp Autococker with a wild splash anodizing and some details dating this cocker to the 1998 Zap Am Open.
Read more