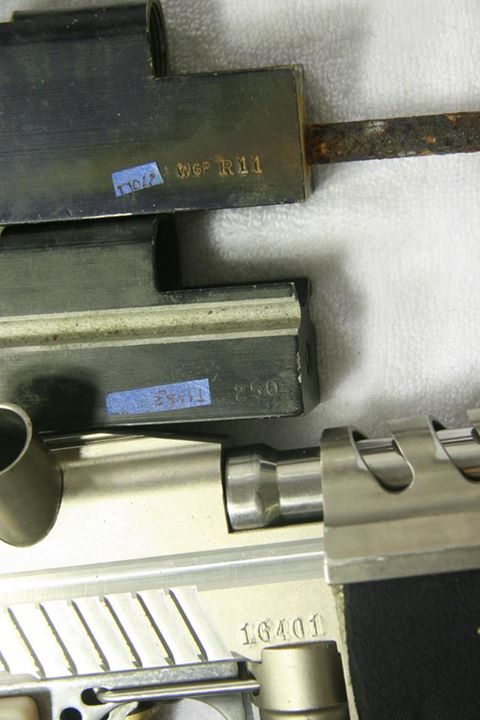 Here is another Sniper serial comparison picture, R11 (another reversible feed body), 250, and Youngbloods Ironmen 1994 cocker, 16401. Compare the 1 between the R11 and 16401 and you can see the difference in the stamp.

In this picture you can see another point that Mark Bragg of G-Force Paintball pointed out, the way the numbers were stamped differs on the early guns to production guns.
“[The serial numbers] aren’t that straight. Like each number is stamped individually. All the [later WGP serials] are straight [in line],” Mark wrote me.

I had never noticed this before but now looking at serial pictures Bragg is correct.
All Sniper 1s (at least before the one thousand serial number) feature a less exageratted serif stamping which isn’t lined up very well and the majority of sniper 2s use a more exagerated serif with numbers inline.