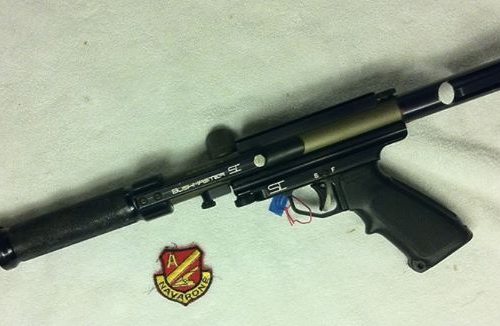 The body is the Diamond Dust finish(hard ano?) and being the later style long snub the valve assembly has a longer portion inside the body. This eliminates the need for the side valve body screws.

The lever 12 gram changer has the later components including the floating piercer and screwed in place lever assembly (non adjustable).

The later style frame has the front grip frame screw recessed the pump arm slots have slot covers on them.