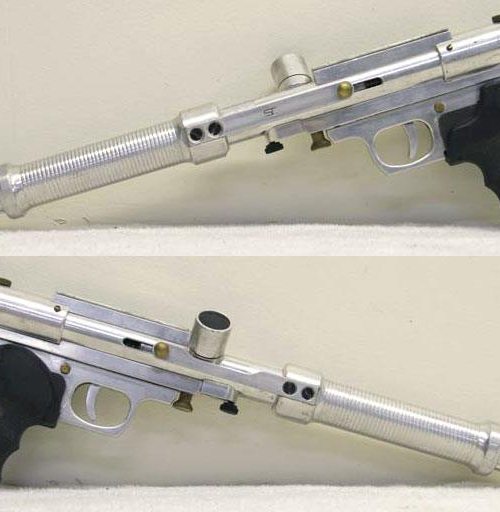 Polished and cut up Line SI Bushmaster. Got this years ago, don’t really know anything about it. Could be Carter cut?

I remember reading it was a special edition cut up Bushmaster and there were multiples made for a tournament but I doubt that’s the case. Likely just cut up by a bored machinist.

Features include:
Polished (haha at one time)
Milled horizontal lines in barrel and custom muzzle break.
Ribbed Line SI Pump handle
Wintec Trigger Frame
Hogue Vindicator Grip (I added this and probably took it off since I took the picture)
Has a valve sleeve over the body to the asa valve body (could eliminate the valve body strip screws although it looks like it add a few of it’s own?)

Probably other features I’m forgetting but it’s an impressive Bushmaster.


Take a second to support Paintball History on Patreon!