Tim Firpo from PaintballTek.com and I made this video on the pneumatic operation of Matt Sweeney’s Special Effect Capsule Launcher back in March.

The Special Effect Capsule Launcher, or “The Sweeney Gun” as we like to call it, was developed for movie studios to have a effective rapid fire system for .68 caliber capsules such as spark or dust balls or to shoot steel ball bearings or glass balls. 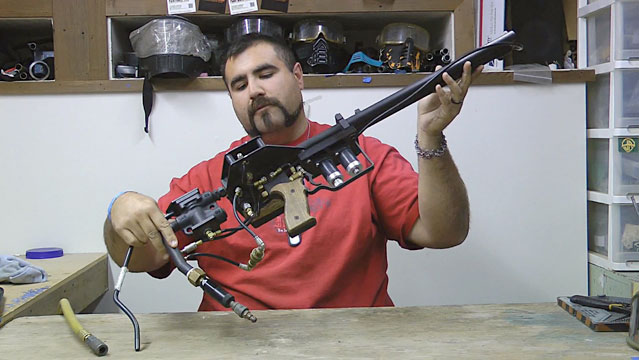 Matt Sweeney created this Special Effects Launcher with the help of Lucinda Strub in 1984.
Easily classify as a pnuematic master piece, these launchers are still available on Sweeney’s special effect website these for the price of $3,450.

I purchased this beast off ebay in 2003 for around $350 dollars shipped from Canada. The seller had another that was for sale at the same time, I don’t think I have seen any others for sale. It makes a great mantle piece. 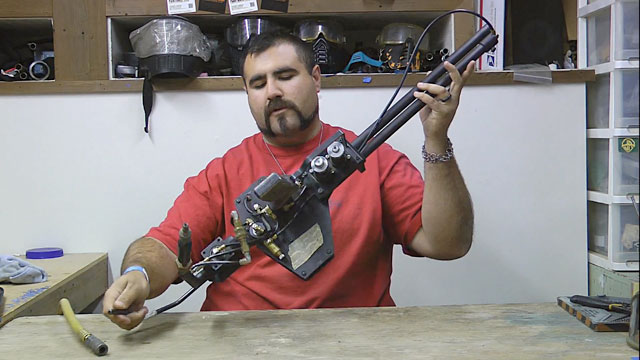 Tim Firpo tackles the monster which is, The Select Fire Capsule Launcher.

Couple of Corrections (I am not the best person to describe the dynamics of air pressure but I try to make sense of why Tim is recording different psi between the tank and the shop compressor (psi 120 output). If I am wrong about this please let me know and I will edit what I wrote.

Running off my shop compessor (large volume of air) this capsule launcher is effective at 120-155 psi and has been able to shoot at velocities over 350 feet per second (at the highest of that psi) using this method.
In the video when the yellow hose is connected to the Sweeney Gun the shop compressor is outputting 120 psi.

After the hpa carbon fiber tank is attached Firpo cycles the Sweeney Gun at a higher psi, possibly because of the lower volume line and air source used to cycle it? The tank is bringing a lower volume of air through a steel braided into a Sidewinder regulator then to the Sweeney Gun.
In the video Firpo’s effective velocity is around 200 psi on the tank because the pneumatics are being starved at the lower volume? But keep in mind we didn’t chrono the gun at this pressure with this air source so we don’t know how well it might propell the paintballs. 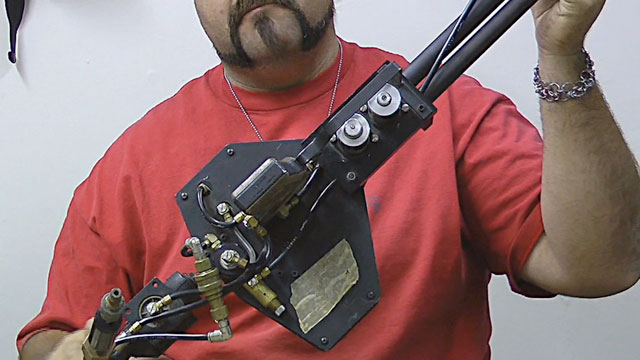 Tim shows off the underside of the Sweeney gun.

In the video Tim says there is no safety. According to Sweeney’s website the chrome slide check (same fitting as BPS reflex) on the rear of the gun is the safety. 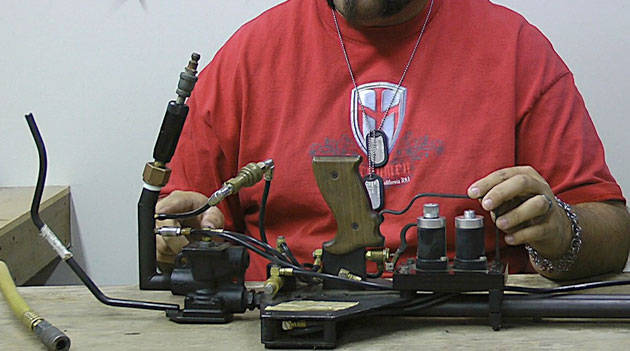 Firpo’s right hand is above the “safety” air shut off slide check. This is the same slide check used on Boston Paintball’s Reflex RT Autococker system.

Tim also says that when your fire rate control valve is “Screwed all the way in it shuts off the flow control so dramatically that it will only cycle one shot at a time and then you have to unscrew [the flow control] to let the air flow back into the marker.” 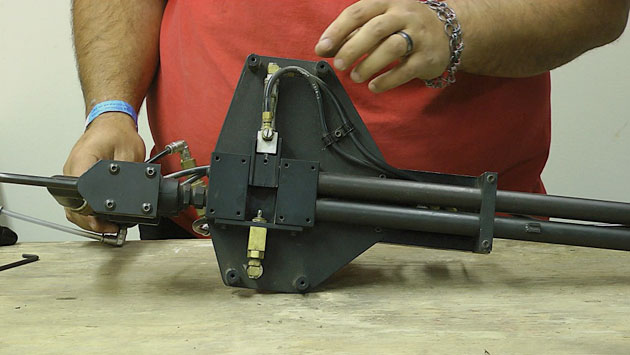 In this photo, the sliding block which loads the paintball is in the “Load” position behind the magazine.

From our experience what happens when this knob is screwed all the way in is that the feed block (on the top of the Sweeney Gun) will get stuck to one the firing position side (behind the barrel) and not properly return to the feed tube to load another ball.
There is may be another adjustment we didn’t play around with enough to return the block to help the semi only mode function properly. 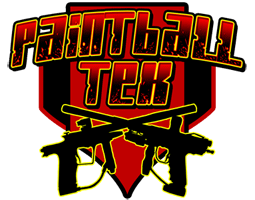 The Cyber 9000 was the first paintball marker to feature a LCD screen. Wath Tim at PaintballTek as he tests one of these markers to see if it will function.
Read more

The beginnings of the classic paintball history display we're setting up at Super Game 2013.
Read more

Tim at Paintball Tek dot com on the Navarone...

Catching up & Firpo with a Navarone Cocker

Working on catching up and editing videos as usual. Here is Firpo with a Navarone Autococker he rebuilt.
Read more

Speedball at SC Village and Splattball City in Detroit

Coverage of an early Speedball tournament at SC Village and a tournament at Splattball city in Detroit are covered in the March 1990 issue of Paintcheck.
Read more