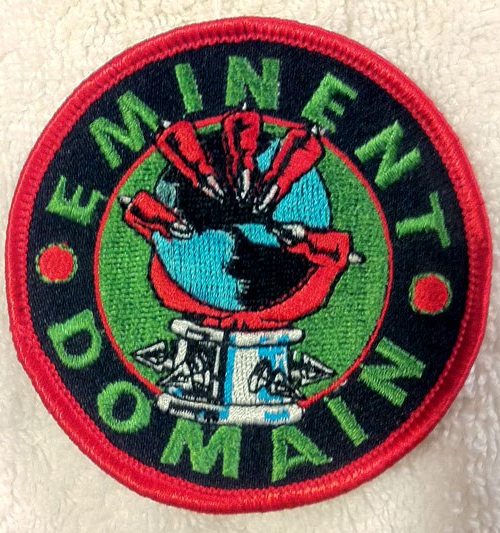 Here is an awesome patch that George Scott from Tornado Alley Paintball in Kansas sent me.

Before moving to Kansas George was living around the East Bay and working at FoxHunters Paintball in Castro Valley.

George wrote me the following about this patch:

”Eminent Domain was formed 92 by myself, Darrel Bustmante [also a Foxhunter’s employee] and a group of customers from Foxhunters.

I left the team after about 8 months because of politics. Not sure how long the team lasted but i know they were still together in 94.

Christian Van Horn sent me this photo of a receipt for this 93 phantom from Foxhunters paintball in Castro Valley, California.
Read more

Foxhunters, out of Castro Valley, CA made early half blocks, the Double Pump and the Foxhunter Special.
Read more