Worked on getting caught up with packages today.  Getting there and first batch will finally be going out tomorrow with another large batch going out Thursday.

Devin stopped by and dropped off these two pumps which will be going up on the site eventually. 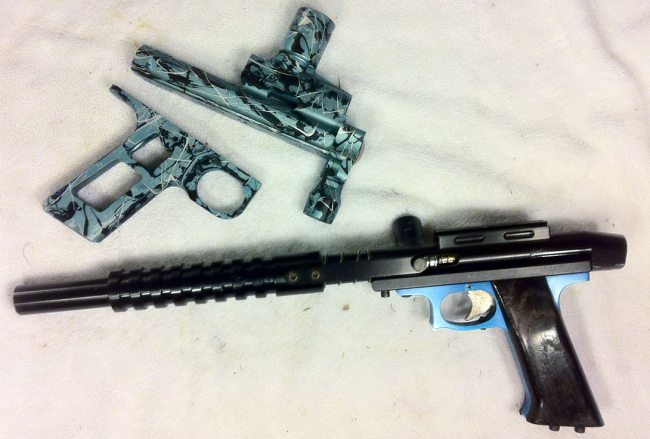 I originally sold Devin the Tricar about 8 or 9 months back.  It was a rental at Adventure Mountain Paintball in Booneville California and came with another 10 or so in a wooden crate.  I got these from the field owner, Norm Whyte (who has since moved to Australia).

Another similar crate of Carter Machine TriCars has floated around on mcb (second half of the rentals).

Trying to decide whether to part the tricar or sell whole.  Has some nice buzzard internals in it since I believe Earon misplaced Devin’s internals while he had it.

The half block is an empty superbolt.  One of the nicer superbolts I’ve come across.  It will be sold as a body/frame combo when I inventory cocker parts again in a few weeks.