Here is a Bad Boyz Toys Rat 1 Valve that is made of brass and was machined by Sterling / Proline of England for BBT.

Paintball Sport International states, “In its tournament debut the R.A.T. Valve powered Aftershockto a 1st place, 12 gram max at the 1995 World Cup in the brutal pro division and the team Image to overall winners in the huge amateur bracket.” 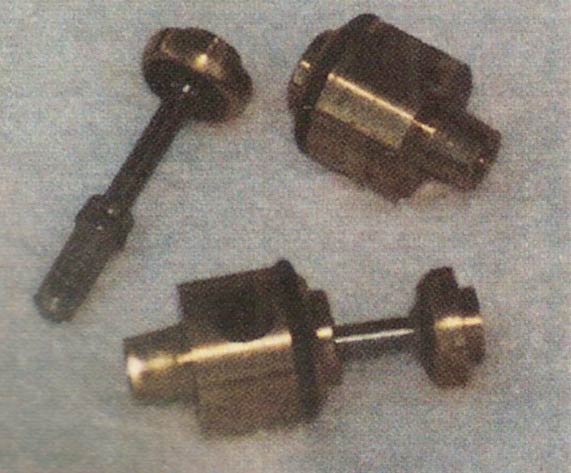 The pictured Rat Valve example, which sold off the site needs a new stem most likely and new orings.

As mentioned in the article, these rat valves were built by Sterling/Proline. Versions were also built for some Sterlings, and pictured above in David Ahdoot’s MDS modified Sterling I break down.

David Ahdoot write, “While the press release says it’s a low pressure valve, it must be when compared to the 650psi operating pressure of unregulated CO2. In my experience these valve work best at about 350psi, at least in my sniper builds.”

Ron King, of the Paraplegic Turtles, comments on the youtube video, “This is the [valve] I put in all my autocockers when we went to HPA, it helped with efficiency. We bought them from Danny Love at the Chicago NPPL The older valves we ran with Palmers stems for reliability. I remember we could trade 3 used/old WGP valve stems to Glenn for one of his remanufactured stems.”

A look at one of the neatest Sandridge Force Five Tiny Tornado Autocockers I've come across. This model likely has a Spanky body and was built around 2000.
Read more