Eric Scott built the Phoenix paintball marker in the mid 1990s. Release was likely around late 1993 or early 1994. Eric separated the regulator as the South Port Reg which was offered mostly in gold anodizing but also was available in a variety of color schemes. David Kermode became partners in some degree with Eric and sold the South Port reg as the KC No Hot Shots reg. When Kermode realized a critical failure in the design of the reg he attempted to have Eric changed the design. Eric resisted and Kermode then built his own regulator and sold it as the updated KC No Hot shot Regulator. The Sheridan RG-1 Reg and CMI's reg also use Eric's Belleville spring pack design. Around 300 Phoenix markers were produced. No estimates on regulators. Eric partnered with his Son in Law Rob Fox to sell the Phoenix through paintball Heaven in Massachusetts. In the next year, Rob, and his father Tom Fox partnered with Marcus Neely to sell the paintgun named the Falcon. The Falcon used many parts from Paintball Heaven's Phoenix supply. Scott was not happy about this and issued a cease and desist to stop Falcon production. Somewhere between 3 and 25 Falcons were produced. Two Falcons have been seen in the last decade and a half, a yellow which was at EMR's paintball museum and the Blue Falcon which Eric Scott had in his possesion. 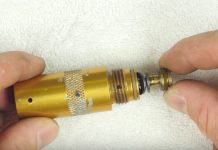 dan@paintballhistory - March 2, 2017 0
I recorded this video a while back showing the disassembly and reassembly of a Southern Pneumatics Southport / KC... 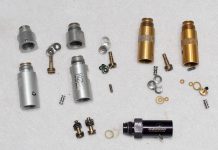 dan@paintballhistory - January 14, 2016 0
A look at a few Sheridan KC No Hot Shots, Sheridan RG-1 and Southern Pneumatic Southport Regulators broken down and what orings are used for the rebuild. 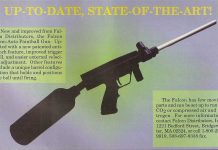 dan@paintballhistory - March 18, 2015 0
The February, 1995 issue of PSI features several photos of the mysterious cross between the Phoenix and the Montneel Z, known as the Falcon. 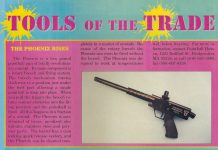 Phoenix as pictured in PSI June 1994 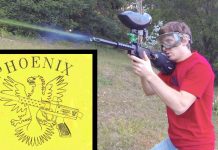 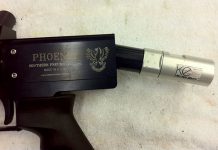 KC No Hot Shots Reg on a Phoenix

dan@paintballhistory - May 20, 2013 0
A KC No Hot Shots Regulator on a Southern Pneumatics Phoenix. 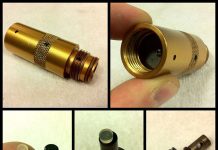 dan@paintballhistory - May 20, 2013 0
A Southern Pneumatics / No Hot Shots regulator from Eric Scott with a Phantom Revolution seal sitting on top. 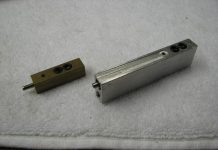 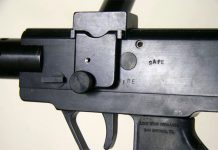 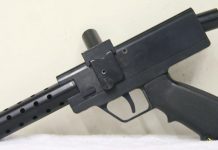 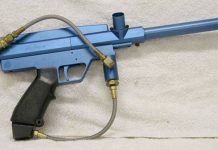 dan@paintballhistory - August 13, 2012 0
I believe parts for 20 Falcons were made but based on stories I have heard most Falcons besides the three were never assembled. 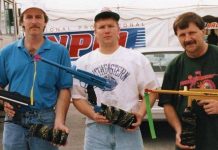 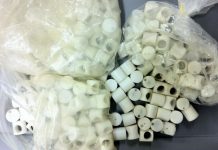