Daystate was producing air rifles for shooting pellets and bbs in the UK in the mid to late 1980s. These rifles ran off live chambers since co2 was banned in some counties. Some of these rifles were converted to .68 caliber and eventually to pump action. Models include the Ulti Mark series and Daystate likely also had some affiliation with the Splatoon Marker. It could have just been that Splatoon branded sites ordered Daystate markers and called them Splatoon Markers. Daystate later introduced a chrome plated brass HPR, the Daystate pump and the Daystate Sam (Semi Automatic Marker). 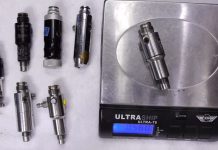 dan@paintballhistory - April 4, 2014 0
We take a brief look at the weight of several Air America inline regulators including Uniregs and a titanium Prophecy Air America Regulator. 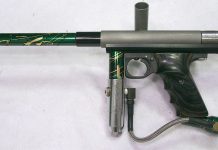 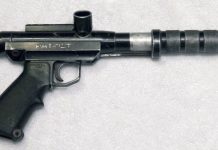 dan@paintballhistory - February 12, 2013 0
Here is an English Daystate Patriot pump. It must have been built by Daystate after the Ultimark pumps but before they made the Sam Patriot Semi Auto? 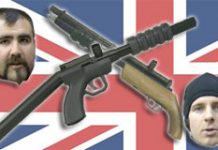 dan@paintballhistory - September 8, 2012 1
An incomplete history of the Daystate UK pump paintball markers produced in the mid to late 1980s. 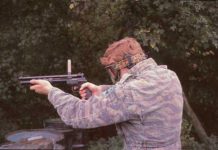 dan@paintballhistory - September 7, 2012 0
A Scan from Olly Bell Showing a Daystate Ulti Mark. One of the most common pumps in the UK, these used onboard air canisters to avoid co2.